Shrimp Baiting season starts at high noon today. It's a complicated process but it ends with a plate full of these little guys! M has been going with his father and every season for the last 15+ years. They might as well be professionals.
One person drives the boat while the other stands on the bow to cast the net. 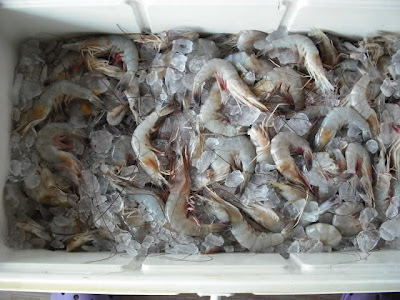 Check out the diagram below. This is what the Department of Natural Resources prints in their guide to show people the rules. Looks Confusing huh? Well, to make it more difficult you do this all in the dark. Last year I went with them and I was in charge of the flashlight. The season is only 60 days long, but I would suggest going more in the beginning of the season. Water splashing and the wind on your face is pretty chilly in early November. The whole thing gives me flashbacks to episodes of the deadliest catch. A little dramatic, I know.

I will spend most nights of the shrimping season catching up on Grey's Anatomy while drinking a glass of wine. If it gets cold, I'll start a fire the wood burning stove. When M gets home with his catch I will head the shrimp and saute a couple for a late night snack. It's my part of the agreement because I am not as good on the boat as his dad. I want to help but I don't make the cut on the two man boat.

If you aren't able to go shrimping this year you should definitely flip through Nets and Doors by Jack Leigh. He was such an amazing photographer! In this book he perfectly captures the harsh beauty of commercial shrimping. 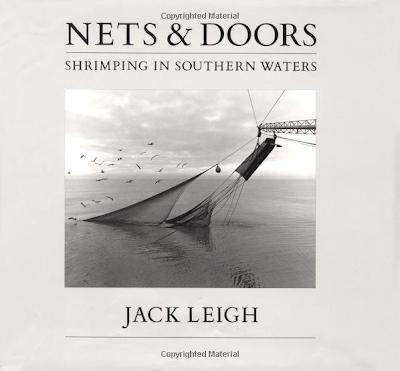 Posted by Ashley Mitchell at 7:42 AM 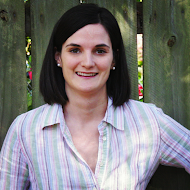 Hey! I'm Ashley and I live in Charleston, SC. This blog is a creative hobby with inspiration of all things sweet and Southern. I have lived through a hurricane.
But that's over now!